How to investigate nanoadditives by NIS?

Straight oils /metal working fluids (MWF’s) are a group of lubricants used to achieve desired surface finish on metal workpieces. This is due to MWF’s lubrication behavior that reduces the friction, wear and heat at the interface of workpiece and cutting tool. In contrast, the poor MWF’s lubrication will increase the cost of manufacturing and lost competitiveness, that is driven by rejection of workpieces, frequent replacement of cutting tools and more maintenance intervals. In addition to poor lubrication the health concerns that arise from MWF’s are to be accounted for lost productivity.Exposure to hazardous elements in straight oils, for example Cl, S and P can worsen the operators respiratory and skin conditions. Straight oils have another drawback, they create unfavorable shop floor conditions due to misting and slipperiness from the mineral oil. In this regard, what are the acceptable alternatives for straight oils/MWF’s? 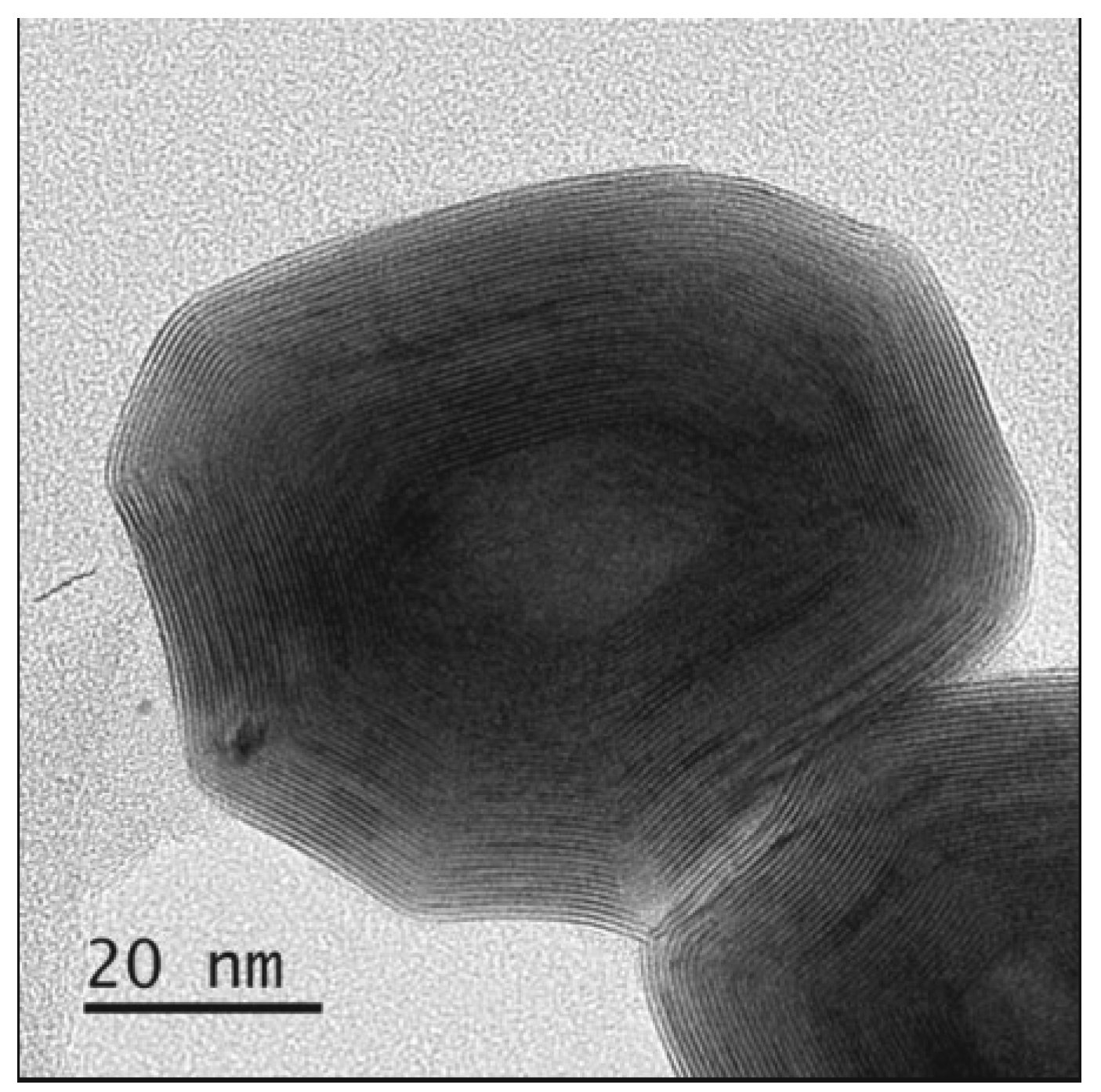 Synthetic oils/MWF’s are water based cutting fluids dispersed with additives intended for wear prevention, extreme pressure and thermal conductivity. As these additives must be free of Cl, S and P, NIS USA has introduced inorganic fullerene like tungsten disulfide (IF-WS2) for lubrication and cooling. TEM images show that these particles are spherical in shape and it consists of serval layers of concentric rings (see Figure 1). Spherical IF-WS2 drives the rolling friction at the contact and the concentric rings exfoliate and embed on the surfaces to form a benevolent “tribolayers” at extreme pressure. This combined effect of shape and concentric rings in IF-WS2 was investigated in a field trial – milling and grinding operations.

As shown in Figure 2, the surface finish on the work piece was visually more appealing because of IF-WS2 compared with conventional straight MWF’s without IF-WS2. Although these field tests are inspiring, the consistency in delivering high performance MWF’s will be impossible without quantifying its lubrication mechanism.

Four ball tester (or FBT-3) is a laboratory scale instrument that was used for quantifying the lubrication and performance of additives – Extreme Pressure, Friction, Thermal Conductivity and Adhesion Energy. Extreme pressure (EP) behavior of IF-WS2 was tested according to the standard DIN 51350. It was represented by weld load (“seizure load”). The load before this seizure is the pass load. In general, the pass load represents the pressure at which the scuffing is activated. Friction measured during the scuffing or pass load can be called as “scuffing friction”. Mechanism of scuffing and seizure can be well understood by capturing the temperature profile of the MWF’s during the test. These profiles represent the heat carrying capacity of fluids or thermal conductivity at extreme pressure. Ducom FBT-3 is equipped with sensors that can capture all these mechanisms during the 60 s tests according to DIN 51350. 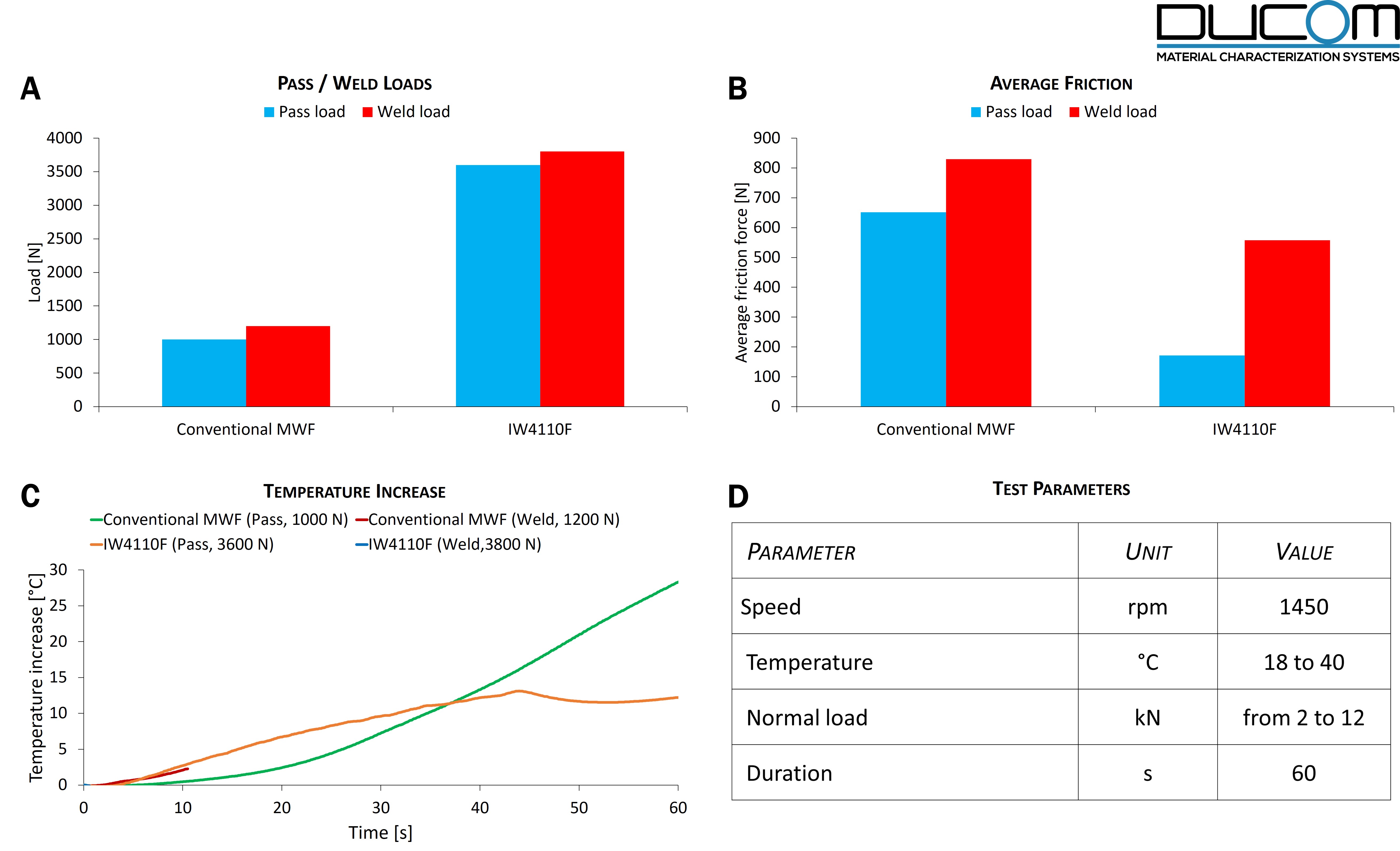 Figure 3. Extreme pressure test on conventional MWF (chlorinated paraffins) and IF-WS2 embedded MWF (IW4110F) according to DIN 51350. Comparison between MWF’s with respect to their weld load (A), friction (B) and temperature increase (C). The test parameters are described in the table (D).

Fluids used in the four-ball tester were the same fluids used in the milling and grinding operations. Conventional MWF (chlorinated paraffins, less than 50 % Chlorine, C16-20) and IF-WS2/synthetic MWF (or IW4110F) were tested in the lab using Four Ball Tester. These fluids were also used in the field trials (grinding and milling) mentioned in this study.

Figure 4.  Performance of conventional MWF’s (chlorinated paraffins) and IF-WS2 embedded MWF (IW4110F) according to ASTM D5183. Comparison between MWF’s with respect to their friction torque response to step loads (A) and adhesion energy friction (B).

Ducom Four Ball Tester (FBT-3) with automated loading system and multiple sensors were able to capture the key performance metrics for IF-WS2 in metal working fluids. FBT-3 was used to compare the extreme pressure, scuffing friction, thermal conductivity and adhesion energy of MWF’s. Overall, this lab study helped us to understand the lubrication mechanism of IF-WS2 used in field trials that includes milling and grinding operations.